Slice of Life: Nostalgia with a Touch of Modern 3 of 31 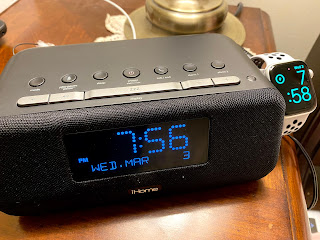 What about you is a dead give away of the time you grew up?  For me, it's probably my hair.  While not as big as it was in the 80s, I still would probably be placed in the big hair category.  Don't be too freaked out, I have updated it some.  Truthfully, my hair was just made for the 80s (the rest has been a battle).  I think we all have something that tells a lot about the time period we grew up

For my husband, it appears his new purchase says it all.  Yep, his iPhone charger dock crashed a few months ago.  He's been going crazy with all the wires to charge his devices ever since.

"Just get a new one," I said.  "Just do what everyone else has been doing throughout the pandemic, jump online and order one."

"No, I'll just wait," he said as he worked to get his cords all in a good spot.

Each day he woke up with something not having charged right.

"Nah, it's not worth it," he replied as he rechecked his cords.

Days passed.  Each day was a new adventure.  "Just get a new one," I said.  He never buys anything.  Finally, he decided I might have a point.  He jumped online to find an inexpensive charger that seemed like it would do the job.  Good ratings.  Best price.  Gnarly.

It arrived promptly and he excitedly connected it.  He was psyched.  On the first morning, things had not charged correctly.  For several days he connected and reconnected the device, but it turns out the device was lame.

"Nah, I must not have connected something right," he replied as he unplugged and plugged cords again.

Each morning he'd wake up with something not quite right.

Finally he got online and requested what he needed to return the first purchase and began looking for what he wanted.  He finally settled on something that would charge his devices and ordered it.

Yep, a clock radio with digital time displayed, an FM radio (to his dismay no AM), and all the alarm buttons you might need.  I was sure I was back in the 80s.  The only difference is it has ports on the back to plug in cords for all the modern devices.

"That's very boomer of you," I joked as he worked to put together.

I know he's going to love it.  It's righteous.

Let's be honest, we all have those things we love because of the time we grew up.  No new-fangled stuff required.  What's the give-away in your life? 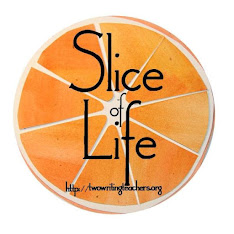