Slice of Life: Back to My Sisterly Ways 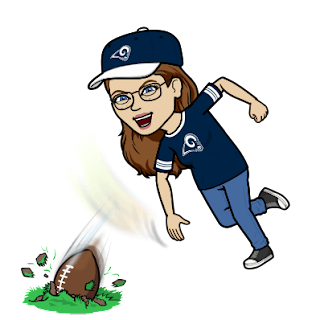 Dear Reader, I hope you won't think less of me after reading about my duplicitous ways...

I glanced out my car window at the fall mountain colors and had to laugh. It was a cruel move.

In our family fantasy league, I was matched against my brother in football and basketball for the week. My basketball team was taking care of themselves, but our football matchup score was 108.8 to 108.6 at the end of Sunday night football - and I was losing. Barely, but losing.

Upon close examination, I realized we each had left two spots empty on our team. In the busyness of an out-of-town trip, I had forgotten to add my kicker. While I had been hard at play, my brother, a superintendent in education, had evidently been hard at work and forgotten to add his defense. (Now you all know it isn't fair to pick on educators right now, but a sister has to do what a sister has to do.)

Quickly I looked up the two teams with Monday night games. The Saints had just picked up a kicker after an injury to their usual starter. AVAILABLE! I dropped a player from my bench and added Brian Johnson in hopes he'd play.

I was feeling pretty big-sister-smug when I realized my brother still had an open space for a defense. Was there a defense available?

I grabbed my phone and checked the availability of Monday night defenses - yep, Seattle was available; risky, but available. There was no way I could leave that defense to be picked up by my brother; I know him too well.

There was only one thing to do: pick up the available defense. Yep, this was a devious fantasy move. In truth, I did feel a little bit of guilt, but it didn't stop me. Who could I drop from my bench? I realized the only way to make it happen was to drop my backup quarterback (which will surely make someone in the league happy this week). So I did just that.

What has fantasy football done to me? Apparently, I am now willing to conjure up devious plots just to get a W.

This morning, my brother awoke to realize my scheming had delivered. I won our matchup 115.6 to 108.8.  Thank you, Brian Johnson and the Saints. (For those still reading, if he had been able to grab that defense he would have won by .1 - that's right, a tenth of a point! What a barn burner!) The guilt is a bit of a factor this morning, but it's fantasy football. A fantasy coach has to do what a fantasy coach has to do.

Yeah, I know -- karma. I'm sure this will come back to haunt me in some way this season, but for now I'm going to enjoy the victory. Sorry, dear brother. Apparently, I still easily revert to my big sister ways from childhood. I'm still the sister you remember.